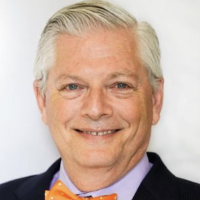 Mike served as the Director of Campus Safety at McDaniel College in suburban Baltimore, Maryland. Before that Mike worked as the Assistant Director of Public Safety at Emerson College and the Operations Manager, Campus Police Sergeant at Wentworth Institute of Technology both of which are in Boston, Massachusetts.

For many years, he served as the Government Relations Chair for the International Association of Campus Law Enforcement Administrators (IACLEA). Mike has participated in all three Negotiated Rulemaking sessions hosted by the United States Department of Education for the Clery Act, the most recent being the Violence Against Women Act amendments of 2013. Mike also served as a content reviewer for 2005 and 2011 versions of the Handbook, published by the US Department of Education to facilitate compliance with the Clery Act requirements. He has authored “Common Clery Challenges.”