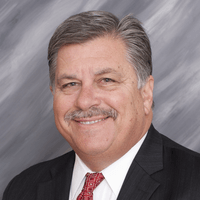 A Past President of the California Association of Councils of Governments, Stan is the former Mayor of the City of Corona (CA), and was a member of its City Council from 2006-2014. Stan is also the Police Chief Emeritus of California State University, Long Beach. He has also presented at the Campus Safety Conferences.

Stan enjoys traveling throughout the United States, reading–particularly on the subject of philosophy–and music. Stan and his wife Michell have eight children, ages 10-24. For their continued support of young people in the Southern California region, Stan and Michell have been honored by several organizations including the Angels in Adoption Award presented by the United States Congress and the YMCA’s Victor Award.