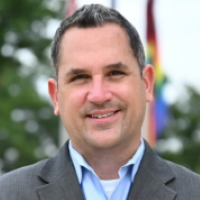 Jonathan Kassa was a senior executive who directed juvenile justice, social service and education programs at a multi-state nonprofit organization. For over the past decade, Jonathan has led national initiatives to increase campus community safety and victim advocacy. He most recently partnered with other national experts to found a company that leverages technology to increase equity in education while using technology to advance accountability and efficiencies in campus crime reporting.

He previously served as a national director of higher education at Allied Universal and was executive director of the Clery Center, post-Virginia Tech tragedy. Jonathan influenced Clery legislation that now protects more than 20 million students every day and was entered as a “valuable leader in campus safety” in the 2008 (HR) Congressional Record. During this time, he guided the development of the Campus SaVE Act, which eventually was adopted into law as part of the Violence Against Women Act.

Jonathan is an elected school board director at one of the largest school districts in Pennsylvania, chairing the safe schools committee; he also serves on the board of the Network of Victim Assistance Bucks County.