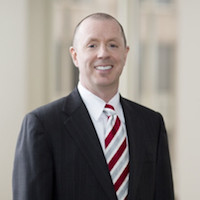 John O’Malley is the Corporate Security Director for a global private investment banking firm where he manages and directs the firm’s global security strategy. Prior to this position, he served over 25 years with the United States Marshals Service that included 15 years as a manager and 14 years focusing on complex fugitive and threat investigations.

In his role as Chief Deputy, he oversaw the day to day operations of the Marshals Service in Chicago and Rockford with the oversight of over 100 employees where he supervised the operational aspects of all major fugitive investigations, the asset forfeiture unit, high profile prisoner transports/productions, the oversight of 1,000 pre-trial inmates, and the executive protection details for members of the United States Supreme Court, the National Drug Czar, and the Deputy Attorney General. While with the agency he also held the position of task force supervisor, a role in which he was instrumental in helping start a congressionally mandated fugitive task force based in Chicago that operates in Illinois, Indiana and Wisconsin. This task force assists state, local and other federal agencies with locating and apprehending violent offenders wanted on a wide variety of criminal charges. He has participated in over 1,000 fugitive investigations and was involved in over 600 felony arrests. He received three awards from the Department of Justice and over 50 letters of commendation during his career.

He is a frequent guest instructor at the Federal Law Enforcement Training Center teaching veteran Deputy U.S. Marshals and their state and local partners about Protective Intelligence Investigations and is an adjunct professor at the College of DuPage Homeland Security Training Institute where he teaches active law enforcement officers on the risks associated post-arrest and the proper handling of nonpsychiatric forensic patients. He is a member of the Chicago Police Board appointed by Mayor Emmanuel in February of 2017.

He has been a presenter at numerous law enforcement training seminars for local, state and federal agencies. He provides commentary and analysis for WGN and WLS television regarding law enforcement matters. He holds a B.S. in Criminal Justice Administration.