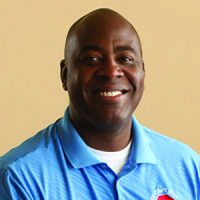 Standing at 6’9”, Jermaine Galloway can look intimidating. But in fact, he’s a devoted, passionate man who cares about America’s (and beyond) youth and communities. That passion informs what he does with Tall Cop Says Stop.

Officer Galloway has worked in law enforcement in Idaho since 1997. His various assignments have included:

Jermaine played Division I basketball and received his BA from the University of San Francisco. He spends much of his time today speaking to youth at school assemblies, professionals at drug prevention training and parents at town hall meetings. To date, he has trained more than 105,000 people nationwide and internationally. He has also conducted more than 1000 community scans at a variety of locations, including: